4 Reasons Why Your Business Should Move to the Cloud

The Next Step in Cloud Storage 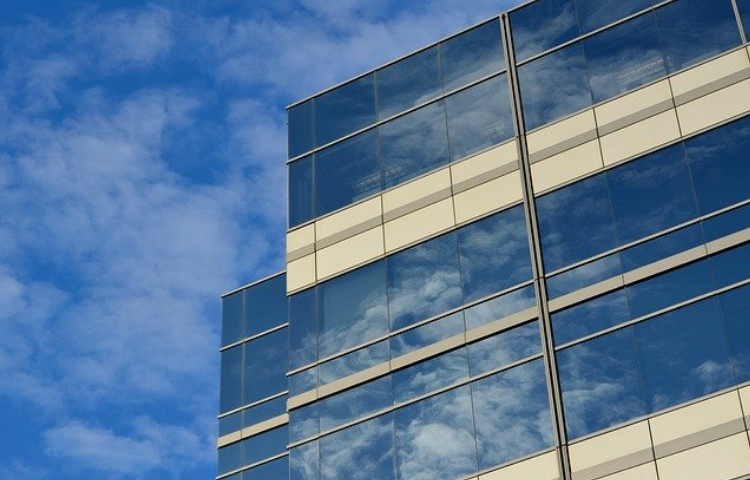 Over the past several years, cloud computing has undergone a metamorphosis of sorts. While IT providers have understood and discussed the benefits of moving to the cloud for years, many companies were hesitant to make the switch, due primarily to perceptions that they’d lose control over their data and would be exposed to increased security threats. So despite the overwhelming advantages delivered by moving some or all of the organization’s IT infrastructure to the cloud, only a relative few were willing to take the leap while the majority continued to invest heavily in their physical infrastructures. But in recent years, cloud computing has caught on amongst organizations of all sizes, finally making it a mainstream approach to all types of IT needs. In fact, according to the  RightScale State of the Cloud Survey, today 96 percent of enterprises have adopted some type of cloud and 81 percent of enterprises have a multi-cloud strategy.

Some of this growth is likely the simple result of moving up the technology maturity curve to realize that cloud computing isn’t the technological equivalent of the boogeyman, and in fact can actually help workloads be safer and more secure. More significantly, much of this growth can be attributed purely to the realization of economic realities. With no capital costs, reduced operating expenses such as power and cooling, and fewer employees required to manage and maintain, it’s not hard to understand just how much a company can save by moving some or all of their infrastructure to the cloud – see “Cloud Economics – Are You Getting The Bigger Picture?” .

Arguably one of the final holdouts in this seemingly mass migration to the cloud has been with data storage. This directly juxtaposes the organization’s backup environment, which was one of the very first areas to gain popularity for cloud adoption. In contrast, the primary storage environment has been historically viewed as different. Some of the reason for this difference in opinion has been due to latency issues with cloud solutions; couple that with decreasing costs and higher capacities of disk drives, and the traditional on-premises hardware method seemed just fine. Hyper-Converged Infrastructure (HCI) has grown rapidly and acts as a bridge between doing compute in the cloud while keeping storage on-prem.

Now several factors have begun tipping the scales in favor of cloud as a primary storage solution, as well.

The amount of data generated today is staggering – and growing exponentially. According to Bernard Marr, a highly respected thought leader on data in business, more than 1.8TB of data is generated every 60 seconds! Much of this growth is fueled by the Internet of Things (IoT); billions of devices generating petabytes of data, with more coming online every day. But more important than how much raw data is being produced is the fact that businesses have now learned the value of analyzing that data to make more informed decisions, because to do so means that the data has to be stored and protected for a long period of time. This, of course, means that organizations will need to expand their storage infrastructure and compute power to handle this increase in data and its corresponding analysis.

Because of this rapid growth in data and intensified interest in deriving value from analyzing historical data, storage has become the primary cost consideration for many organizations. In fact, according to the InfoWorld The State of Cloud Computing study, fifty-five percent of organizations consider it to be one of the top three factors they need to deal with. And it’s not just the capital expenditure involved with purchasing the primary and backup hardware; it’s also the ongoing management expenses, costly replication licenses, data center space to house the hardware, and other operating expenses.

It’s well known that unstructured data is growing at astronomical rates, contributing to the big data deluge that’s sweeping across enterprise data storage environments. A recent survey from 451 Research sponsored by Western Digital sheds some new light on the scale of the challenge that storage administrators face each day and how it’s fueling the object storage boom.  The survey reveals that a majority of enterprises (63 percent) and service providers are managing storage capacities of 50 petabytes (PB) or more. More than half of that data falls under the unstructured category, existing outside of databases and within files, multimedia content and other formats.

To address this rapid growth companies are making a transition from block and file storage to object storage “Object storage is a foundational architecture for creating the right environments to capture, preserve, access and transform data.” added the Western Digital executive

Object storage will be used by 90 percent of respondents in key big data initiatives within 24 months. Businesses are generally flocking to object storage solutions to aid them in their data protection efforts and to make data more accessible. Cost efficiencies also factor into the decision to adopt object storage, as does the potential for new revenue opportunities, according to the report.

The Case for Cloud Storage

To keep up with the tremendous growth in data and keep IT budgets in check, companies need a low cost, flexible, scalable storage solution that can grow and change with their business needs. These are areas where the cloud has a distinct advantage over physical on-premises storage solutions. On-premises storage lacks the flexibility of the cloud and its scalability is severely limited by hardware and disk capacity. With cloud storage solutions, capacity can be grown effortlessly, and most solutions have the ability to interoperate with multiple platforms with no vendor lock-in. And though disk prices have certainly fallen, according to cloud storage vendor Wasabi, cloud storage prices are at least 80 percent less than the total cost of ownership for on-premises storage. In fact, using providers like Wasabi, cloud storage can cost as little as $0.39 per gigabyte per month.  The lowest cost of cloud storage tends to be Object Storage, now available from all major and specialist providers with the Amazon S3 interface becoming a de facto industry standard.

In addition to these benefits, data that is stored in the cloud is arguably more stable and better protected than what is stored on-premises. Hardware and disk failures, data loss due to human error, catastrophic data loss due to natural or man-made disasters, and security concerns such as ransomware are common occurrences in the on-premises world that have to be planned for with additional infrastructure investments and disaster recovery plans. But none of these concerns exist in the cloud storage world.

The cloud also experiences nearly 100 percent uptime; disk failures are inconsequential due to built-in redundancy; and cloud storage can be written into immutable buckets – which protect the data from being erased, overwritten, or modified in any way – effectively protecting it from human error, as well as ransomware and malicious insiders.

Through AI and big data mining, the value of historical data keeps growing, however as these are very compute-intensive tasks there is a lot of benefits to having both compute storage in the cloud.  By aggregating data in the cloud with low latency links to on-demand compute the full economic benefit of the cloud is realized.

As the amount of data – and the data needs of organizations – continues to grow and mature, the need for less expensive, more stable storage solutions will continue to become more essential. Cloud-based storage solutions provide the flexibility and scalability modern organizations need to maximize their efficiency, better understand their market, and more fully engage with customers – all while reducing their infrastructure costs, therefore maximizing their return on investment.

While the trend to cloud combined with the rapid adoption of object storage is clear, even inevitable, companies still need a way to support legacy applications and provide a user experience familiar to employees.  With the growth in unstructured data, storage is moving from block to file based. Morro Data Cloud NAS with its hybrid cloud storage architecture combines the low cost and scalability benefits of object storage with the local performance. It can be deployed on-prem, in cloud, or at home. Morro believes IT should be simple. Compared with Azure File Sync, Morro Data does not include additional file upload or download fees. And with Azure Active Directory support, CloudNAS fits right into your Office 365 environment. 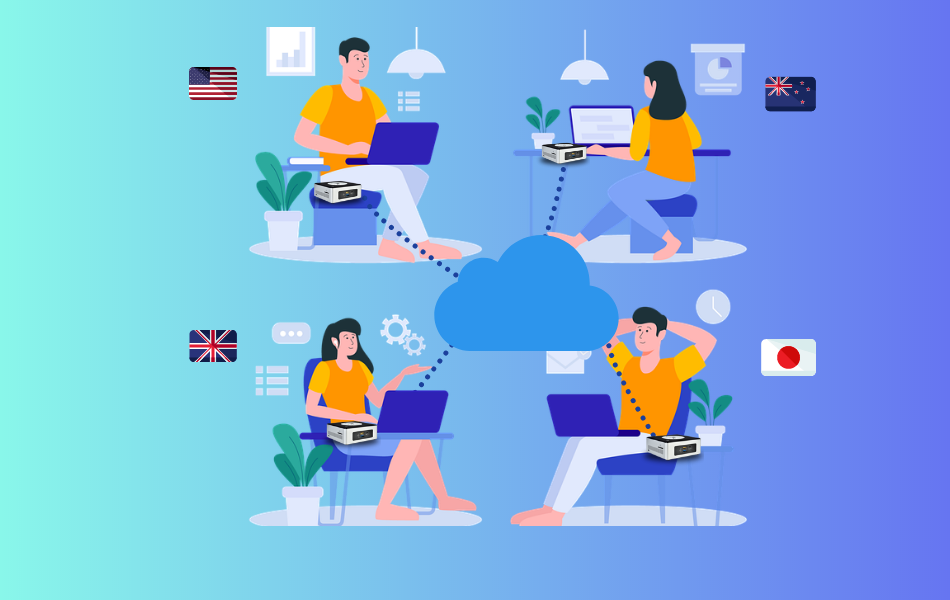 The Transition from Cloud Backup to Hybrid Cloud File Services 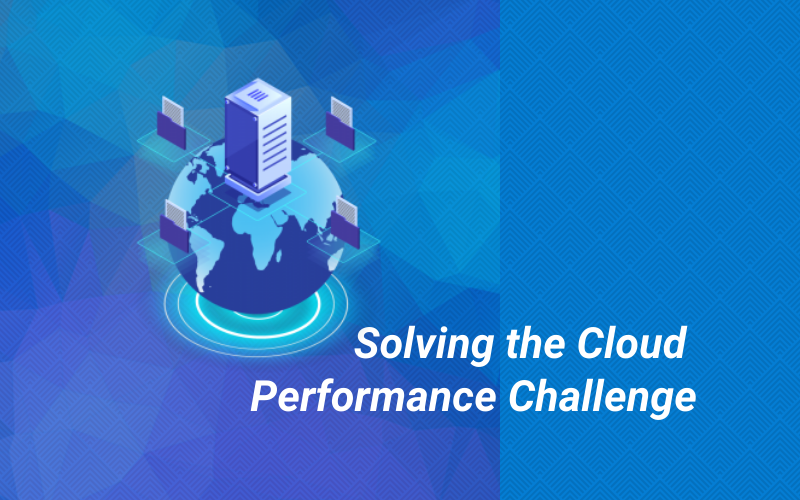